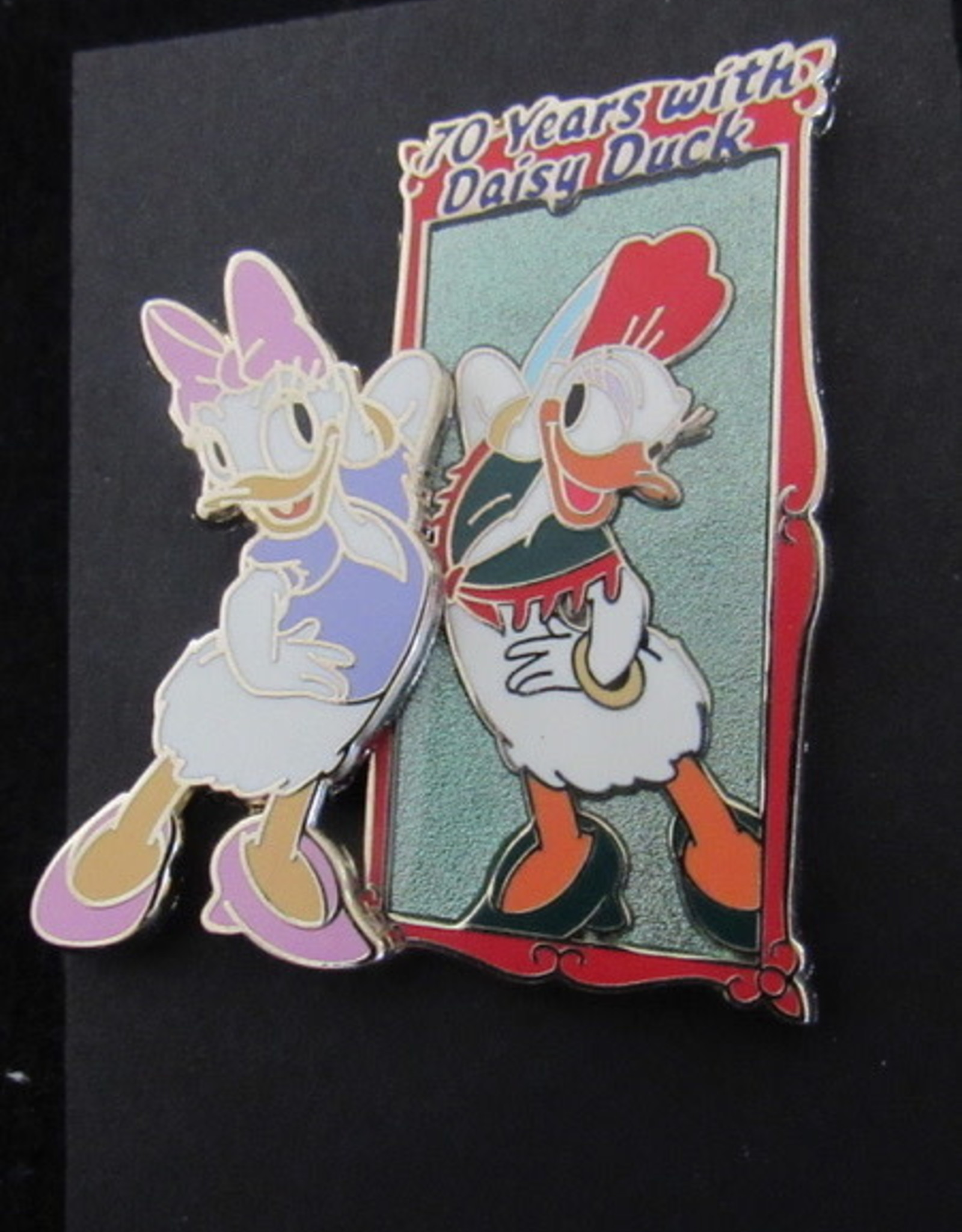 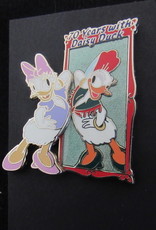 The description provided by PinPics:

The title says it all! This pin celebrates 70 years with Daisy Duck. The question arises as to why this Limited Edition Cast Member Exclusive pin was released in 2010 when Donald's girlfriend first appeared in 1937 in a south of the border adventure titled "Don Donald?" Savvy fans know that her name was Donna Duck when she had her debut in that cartoon, but a few years later she became Daisy Duck when she appeared with Donald in the 1940 cartoon "Mr. Duck Steps Out." Therefore, this is Daisy Duck's 70th anniversary. Other 70th pins released in late 2006 (51606) and early 2007 (51872) celebrate the 70th anniversary of that first appearance with Donald. On the left side of this cutout design pin, Daisy is shown as her modern self looking into the mirror of the time in a glamour pose at how she looked in that first cartoon. The pin has a 3D pin on the pin element of modern Daisy attached to the left edge of the full-length mirror. She is dressed in a violet-colored blouse with a pink ribbon on her feathered head and pink shoes. Her legs and beak are sort of a caucasian flesh tone, while the Daisy in the mirror has orange-toned legs and beak. The mirrored Daisy is dressed in her Spanish lady costume from that first film with dark blue shoes, and dark blue cape fringed in red with a large red comb on her head. The mirror has a muted sparkle effect and its frame is red. At the top of the pin (mirror) are the words, "70 Years With Daisy Duck." The back of the pin has one pin post at the top on a gold Mickey icon waffle pattern with the Official 2010 Pin Trading logo just below the post. Below that there is a rectangle with the words: LIMITED EDITION of 1000, CAST EXCLUSIVE. At the bottom of the pin back is a square with (c)Disney China.

This pin is used but in excellent condition.